Isabel Villanueva is valued for her expression and sensibility as well as for her passion and commitment to promote the viola as an instrument with its own voice.  Isabel announces herself as one of the best international violists of the new generation, The Strad Magazine wrote : ‘Isabel Villanueva, an artist who risks’. Recognized with numerous awards, including the ‘Prix Albert Lullin’ in Geneva to the most outstanding instrumentalist of the year 2014, the prestigious Spanish National Radio Classical Music Prize 2015, ‘Best Classical Album of the Year’ to her debut album ‘Bohèmes’ at Spanish Independent Music Awards 2018, and recently the Culture Prize in Classical Music from the Community of Madrid 2019.

In 2019/2020 she will make her debut tour in Latinamerica presenting her album BOHÈMES with pianist François Dumont and in concerto with several orchestras in Mexico, Brazil, Colombia, Peru.

Born in Pamplona (Spain) in 1988, Isabel studied at Royal College of Music in London, Academia Musicale Chigiana in Siena and the Haute École de Musique in Geneva. She is prizewinner in many viola competitions including Mravinsky Competition in St. Petersburg, Beethoven Viola Competition in Czech Republic or Yuri Bashmet Viola Competition in Moscow. In 2015 she was recognized institutionally by Marca España and named ‘Global Ambassador of Spanish Talent’ by Clear Channel. She is ‘Cultural Ambassador’ from Fondation Prim’Enfance in Switzerland. Villanueva plays an Enrico Catenar viola (Turin, 1670) and uses Peter Infeld strings by Thomastik-Infeld (Vienna). 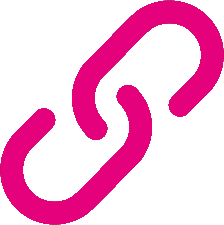